Exaclair is honored to feature authors from around the world who are willing to share the secrets of their success; including tips and techniques for aspiring writers, and a behind-the-scenes look at their life and latest work. 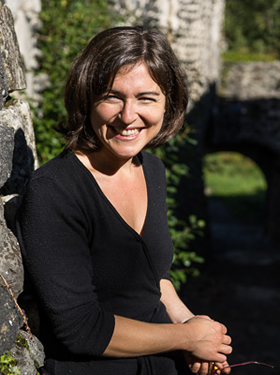 In 1955, Miranda Richmond Mouillot's maternal grandparents, Anna and Armand—French Jews and Holocaust survivors—separated. Anna moved to New York with her children to start a new life. Armand moved to Geneva; aside from one brief encounter, the two never saw or spoke to one another again.

In 2004, Miranda traveled to the small French village where the pair had last lived to unravel the mystery of their estrangement. Earlier this year, she published a memoir about what she'd learned: A Fifty-Year Silence.

Please tell us about your life and your background.

I was born and raised in Asheville, NC, which is either the Paris of South or the Freak Capital of the USA, depending on who you ask. When I was fifteen I fell in love with a ruined stone house in the South of France that was at the heart of an unspoken conflict between my maternal grandparents. I studied French political history, and intended to complete a doctorate in the subject, but the story of my grandparents' house intrigued me so much that I applied for a grant to take a gap year after my undergraduate studies and travel to France get to the bottom of it. I intended to return to the States after that year, but life and writing sent me down another path and, over a decade later, I'm still in Europe, where I work as a writer and translator. 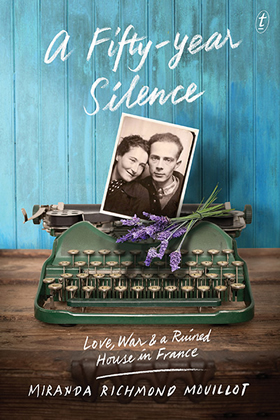 You began writing A Fifty-Year Silence to understand the estrangement between your grandparents. Can you talk a bit about how that project began and how it evolved?

As I mentioned, the heart of the project for me was a ruined stone house my grandparents bought in the South of France in 1948. I saw it once for an hour when I was in high school, and it set the course of my entire life. The project began when my grandfather attempted to sell the house, and it emerged that he still owned it jointly with my grandmother, who he had not seen or spoken to in nearly half a century. I became fascinated by the role played in my grandparents' silence by this beautiful, abandoned home, lost in the middle of the French countryside. I moved there to try to unravel it, camping in the ruins as I researched their story, which ultimately became A Fifty-Year Silence: Love, War, and A Ruined House in France, released by Crown Publishing last year.

What are you working on now?

I'm working on a few different things: my main project is a nonfiction book about brilliance, femininity, and an eighteenth century French philosophe named Émilie Du Châtelet. I've also got a children's book and a graphic novel in the works with Australian illustrator Dave Hackett. I have two translations underway, as well: The Kites, the last (and in my opinion the greatest) novel of French author Romain Gary, which will be published by New Directions next year; and The Law of Blood, a book on moral philosophy and the history of National Socialism, which is forthcoming from Harvard University Press. 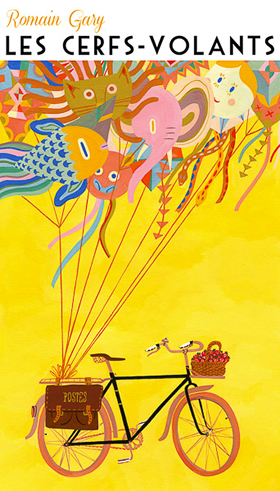 What is your writing process? You've been writing with J. Herbin inks for many years—do you write longhand, on a computer, or both?

I always start out with pigment, then move to longhand, then to the computer, then back to longhand for correcting and editing. I think in color, so my ideas always begin with watercolor or ink brushed onto paper in abstract shapes. As my thoughts take form I begin to write in longhand, always with a fountain pen and always with Herbin inks. At some point, my writing picks up speed and I switch to the computer. Once I have a full draft I print it out and correct and edit by hand. Often the process then begins again: I paint and write in the margins and on the blank back of the draft, then return to the computer. For years I exclusively used the color Poussière de Lune, but now I like variety: I keep a row of Herbin's 10ml bottles in a rainbow of colors and use them on a rotation. I have two sets of fountain pen pairs: matching Watermans for travel and a Mont Blanc and a Christian Dior that I keep in my office. That way I've got two colors, a warm and a cool, to work with at all times.

What are your writing routines? Is there a certain place or time of day you like to write?

Nowadays my basic routine is very simple: every day but Wednesday I get my daughter to school and then work until she comes home. Wednesdays are half days in the French school system, so I use Wednesdays as my administrative days to catch up with all the parts of being a writer and translator that aren't writing and translating. My work and family life require a lot of travel, and from the moment you become a parent you gain an acute awareness of how subject to change all routine is. But that basic routine is the foundation everything else is built on. I do most of my writing in my office, which is built under the main part of my home in a little converted cellar with vaulted ceilings and a tiny hobbit door. My house is made of stone and its foundations date back to the middle ages, so it feels a little like working in a miniature cloister – very peaceful.

A Fifty-Year Silence is available on Amazon, Barnes & Noble, and in other local bookstores.